Writers in Our Midst #16 - This event has already occurred

Writers in our Midst (WiOM) is a popular reading series of fiction, poetry, and performance. This family-friendly affair has been moved online for Writers in our Midst #16. Join us on Facebook Live for a mystery and crime edition of WiOM and a chance to hear and meet local authors.

Here is a list of authors participating in this month's WiOM:

Erik D'Souza is an author and the co-owner of the publishing company Timbercrest Publishing. In 2019, he published the anthology New Beginnings and raised over $10, 000 for SHARE Family and Community Services. He is on the Tri-City Wordsmiths executive committee, a member of Crime Writers of Canada and the Off the Page Speakers Group.
During Writers in our Midst #16, he will be doing double duty as the host and a presenter. He’ll be reading from his first mystery novel, Death in Halfmoon Bay.

W. L. Hawkin writes "edgy urban fantasy with a twist of murder". Her Hollystone Mysteries follow a coven of West Coast witches who solve murders using ritual magic and a little help from the gods. A lover of mythology and the mystical arts, Wendy has a background in Indigenous Studies and English literature. Although she’s an introvert, in each book her characters go on a journey where she’s travelled herself — except for her upcoming time travel adventure set in Iron Age Ireland, perhaps.

Prior to his writing career, Seamus Heffernan worked in education, journalism, policy, marketing and politics, and earned a master's degree in criminal justice from the University of the Fraser Valley. He was the former head of staff for a Member of Parliament and ran for office in the 2019 federal election.
Presently, he is the author of the Thaddeus Grayle detective novels, published through Crooked Cat Books. His short fiction has appeared in The Raspberry and the Louden Singletree.
Born in St. John’s, Newfoundland, he has called several places home, including a lengthy stint in London, England. He currently lives in Port Moody, British Columbia with his partner Chelsey and his son James.

Debra Purdy Kong has published more than one hundred short stories, essays, and articles for publications that include Chicken Soup for the Bride’s Soul, B.C. Parent Magazine, and the Vancouver Sun. Her criminology studies and work as a patrol & communications security officer, provided inspiration for her Casey Holland transit mysteries. She is a member of Crime Writers of Canada and a facilitator for the Creative Writing Workshop through Port Moody’s Parks & Recreation Program.

A.J. Devlin grew up in Greater Vancouver before moving to Southern California for six years where he earned a BFA in Screenwriting from Chapman University and an MFA in Screenwriting from The American Film Institute. Cobra Clutch, the first entry in the “Hammerhead” Jed ex-pro wrestler turned PI mystery-comedy series, was nominated for a 2019 Lefty Award for Best Debut Mystery and won the 2019 Arthur Ellis Award for Best First Crime Novel. Book two in the series — Rolling Thunder — was published May 15th, 2020 by NeWest Press.

Winona Kent is an award-winning author who was born in London, England and grew up in Regina, Saskatchewan, where she completed her BA in English at the University of Regina. After moving to Vancouver, she graduated from UBC with an MFA in Creative Writing. More recently, she received her diploma in Writing for Screen and TV from Vancouver Film School.
Winona's writing breakthrough came many years ago when she won First Prize in the Flare Magazine Fiction Contest with her short story about an all-night radio newsman, Tower of Power.
Her short story, Dietrich's Ash was an Okanagan Short Fiction Award winner and was published in Canadian Author & Bookman, anthologized in Pure Fiction (Fitzhenry & Whiteside) and broadcast on the CBC Radio program Ambience. 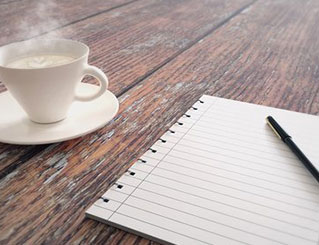